Lona Lassen Murphy, the Broker/Owner of Help-U-Sell Select Real Estate, came to the United States from Denmark in the 1980s. She met her husband in Miami, and worked for the Interval International Timeshare Exchange 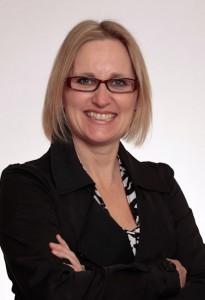 Company, where her ability to speak seven languages (Danish, English, German, French, Spanish, Norwegian, and Swedish!) came in extremely handy while working with a diverse mix of clients from around the globe. After segueing into management, Lona and her spouse relocated to Eugene, Oregon, and she found herself managing the office of a Help-U-Sell franchise.

“I really sunk my teeth into real estate,” Lona shared. “I learned everything I could and wanted to branch out on my own. So I found an owner who was interested in selling and approached them. That was six years ago this past April, and I have been doing this ever since. I never worked for a traditional real estate environment, the Help-U-Sell Real Estate model made sense to me.”

Taking over an existing franchise instead of starting completely new was a big draw for Lona also. “Buying this business from a previous owner was an easy decision. I had name recognition from a business that had been in place since 1991, a website and database already existed, and a phone number everyone already knew. It made total sense to me as a newcomer to Eugene. So I changed up some of the offerings and services and made it my own,” said Lona.

Even though Lona’s business had missed many of the terrible after effects of the economic crash, there was still some lingering evidence of a recovery in process. Lona went on to say, “Unlike many other agents and brokers, I did not go outside of regular home sales or pursue foreclosures. I was maintaining a steady enough stream of listings, in part because the home values in Eugene were not like those in other parts of the country – they did not double –  so the community impact was different. So I kept my eye on expenses and kept the business balanced through that time.”

To keep her business name in the community forefront, Lona employs a lot of the “Just sold” postcards, door hangers, and a mix of local TV and radio ads. The producer of her television ads, who created a spot around some organic interviewing of two interns Lona has been working with, eventually became a Help-U-Sell client himself. While one intern stayed for just the semester, the other is working with Lona throughout the summer: following up on leads, making calls, sending texts and letters to FSBOs, and even running a good campaign on Instagram.

After the departure of her last agent, Lona decided to see how she would do just on her own. “I’m actually ahead this year in terms of production and listings compared to the same time last year, despite the market shortage. I have hired someone to take care of bank reconciliation and some other minor tasks. I think the Help-U-Sell Real Estate model is perfect for a small office, and my success rate is proving it to me,” Lona explained.

Although there are some similar looking competitors in the area, the similarities are on the surface only. “There are copycats that may offer a flat fee, but the service isn’t the same and they haven’t had an impact on my share of listings in the marketplace. I don’t get every listing, of course, but I do get a lot. Many of my listings also come from referrals. I get leads every other day, and 90% of them are seller leads. The results speak for themselves.”

The big takeaway in Lona’s strategy? “You have to get good at prioritizing really quickly and ask yourself what activities are leading to the conversions. I always answer my phone or call right back. I do my research quickly with potential client homes. I put leads in my CRM right away and follow up with tasks assigned to each lead. I have the speech down and I always ask for the appointment to meet in person. I’m just so busy and I always keep trying.” Which is surely a recipe for success, no matter what language you say it in.