In May of 2016, Marianne Kirwan and her husband, Brent, decided to branch out. They had been jointly running a property management business, and as a natural by-product of their business, they were selling about eight to ten properties a year; Sometimes for businesses associated with their business, and sometimes just for close friends and family members.

“In 2015, we were not focused on selling real estate, and our commissions on real estate sales were reflecting that,” Marianne shared. But when Marianne and Brent decided to buy a Help-U-Sell Real Estate franchise, they knew their focus would change heavily to sales. By the end of the first year they increased sales commission by 185 percent. Again in 2017 they continued to grow their business another 88 percent and have set a goal for 2018 to grow another 73 percent.   How will they do that? Through a potent mix of marketing, visibility, and coaching.

Many Help-U-Sell franchisees find increased success through one of the several coaching groups available weekly. Marianne told us that she participates in one group that consists of about eight people from around the country. “You get different ideas from people around the country – some in big cities and some in rural America, and while some of those ideas don’t play out in a smaller community like ours, there are still a ton of ideas and concepts that turn out to be universal. We take chances by trying new things that make us stand out. That new thing ends up bringing in a lead. It is an invaluable resource.”

Standing out has been a part of the Help-U-Sell Real Estate legacy from the beginning. “The other agencies in our area, they don’t have an Arounds postcard program. They have agents who are always fighting for leads and we don’t have that,” Brent Kirwan said. “I was involved with another agency for a while, and they were not bringing anything new to the table for owners. There was no marketing, some online training, but nothing that helped you drill down into your local market to help you build your business. They always had their hand out for additional money for these classes, in addition to a desk fee, and the percentage of your commissions they were already receiving. It just didn’t add up to keep doing it.”

Marianne explained, “As soon as we got involved with Help-U-Sell, we jumped right into coaching. They helped us develop goals by asking questions like “What do you want to do? Where do you see yourself in a few years?” They also helped us focus on the marketing side of selling houses. They have a lot in place that helps create awareness and word of mouth advertising: EDDMs, print ads on the homes page of the newspaper, drip emails, Arounds postcards; those things are a pillar of the Help-U-Sell model and have contributed directly to our increased success.”

Starting a new business venture is going to be overwhelming at times for anyone, so being able to stay organized is a good way to keep yourself on track when you’ve feel like there is a lot to do and keep your eye on. “When you are your own boss,” Marianne said about being in business with her husband, “there is no one to be accountable to except one another. Also through coaching, we got into the habit of updating a lead log, rather than trying to keep track via sticky notes. We don’t lose track of people. We know where leads come from, what advertising is working or not, and where we need to focus more of our energy or not.”

Keeping visible helps keep the Kirwans at top-of-mind in their community. Brent spends time out on the street planting signs and moving signs to new locations as they gain new clients. He ensures they have 75 to 85 signs out at any given time. They always have a booth whenever there is a fair or an expo. Brent neatly summarized the impact of Help-U-Sell where they live: “We share the message that there is another option that includes full service and better representation at a direct savings to the home seller. We get a lot of repeat clients and investors who have used us to sell multiple properties. We are out performing our competition, because people trust what we have to offer.” 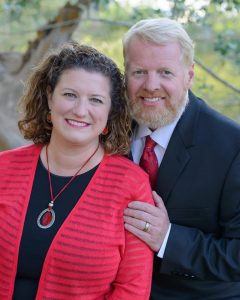 Make sure you know what you want to accomplish with your content. The body of your email needs to get the recipients attention or they may consider it spam.

Using shorter lines allows you to get your message across quickly. Don’t make the emails too long or people may not read them. Avoid using spammy titles and “hot button words.” Try and come up with a subject line using a direct personal question instead,  such as: “Would you like to save the most equity when selling?” OR “Do you know how to get top dollar for your home?”

Your recipients need to feel as though you are speaking to them directly. Don’t forget to introduce yourself in the first email and address them by their first names. Why use a P.S.? We tend to remember stuff at the beginning and at the end, this is an effective way to make important content stick in their minds.

Every email should have at least two things:

The call to action is asking the recipient to do something after they have read your email.  For example: “Hey there, if you are interested in learning more about our Help-U-SellR franchises, click here to get started…”

5. Get your Sequence right & Close the Loop

Make sure your drip campaigns leave enough room for your recipients to digest the content. The best way to do this is to send out the first bulk emails on a daily basis, i.e. one per day. Finally, test your campaign on effectiveness and improve where necessary. Start testing different aspects such as: email subjects, open rate or different subject headlines.

Coaching isn’t just for professional athletes. Real estate agents and brokers also benefit from the guidance and support of a coach. More than half of respondents to a 2014 survey by Inman said their business increased by at least 25 percent during the first year of working with a coach.

Of course, it can be pricey. Personal coaching costs most of the Inman respondents between $300 and $749 per month. Did you know that Help-U-Sell Real Estate offers small group coaching to our franchisees for no fee? Groups are limited to a small number of members, and they’re segmented based on the goals of the participants.

Coaching group members have weekly assignments such as creating a marketing budget and tracking their leads. They also learn from each other during open discussions.

In 2015, our brokers who participated in an internal coaching program saw an average revenue increase of 41.4 percent over 2014.

John Powell, one of Help-U-Sell Real Estate’s coaches, attributes this improvement to the change in point of view a coach is able to provide to a broker.

“A coach can stand outside of the business and view it with a different perspective than the broker who’s involved in the day-to-day operation,” said Powell. “The great thing about our program is, there’s no charge to our franchisees. It’s just a time investment.”

Participants see positive results from the guidance they receive.

“I think our business has benefited considerably,” said Eric Stalter, broker-owner of Help-U-Sell East Valley. “By setting goals on paper and tracking my leads and conversions, I am able to follow my business growth and actually see where I need change and improvement.”

If you’re interested in being coached, contact the corporate office. Jack Bailey of broker-owner of Help-U-Sell Greensboro, and the corporate office’s Powell and James Dingman all have openings in their weekly groups. Not yet one of our franchisees? Visit www.helpusellfranchise.com to learn how to become one.

We’re in the middle of day two of the annual Success Summit in Las Vegas. So far, our 40+ attendees have learned about lead generation and marketing to Millennials, how to use social media tools, and how to double your buyer side production, among other topics.

There have also been opportunities to share knowledge and ideas and just to mingle and reconnect.

The program will last 10 weeks and consists of a weekly coaching call with Jack Bailey, our resident buyer expert and broker/owner of Help-U-Sell Greensboro; worksheets; homework assignments; and videos, which we filmed at the home office in Sarasota last week. Jack has consistently closed more buyer sides than seller sides for many years running, and he created this program to teach his fellow Help-U-Sell franchisees how to achieve their own buyer-side successes.

The program is for brokers and agents who want to work with buyers as a consultant, not as a salesperson, and want to increase their revenue by working buyer sides. It will teach brokers and agents how to educate buyers on everything from what makes up a mortgage payment to how to reduce debt. Agents and brokers will also learn how to build trust and confidence in buyers.

In addition to introductory videos for each of the 10 sessions, we also filmed a promotional video for the program and a sample short buyer consultation.

It was long hours under hot lights, but our stars, Jack Bailey and Ron McCoy, managed to have some fun, too. Attendees of the Success Summit might get to see some of the bloopers. In the meantime, here is a lighthearted moment between takes.

Watch for information on how to register for the program later this year.