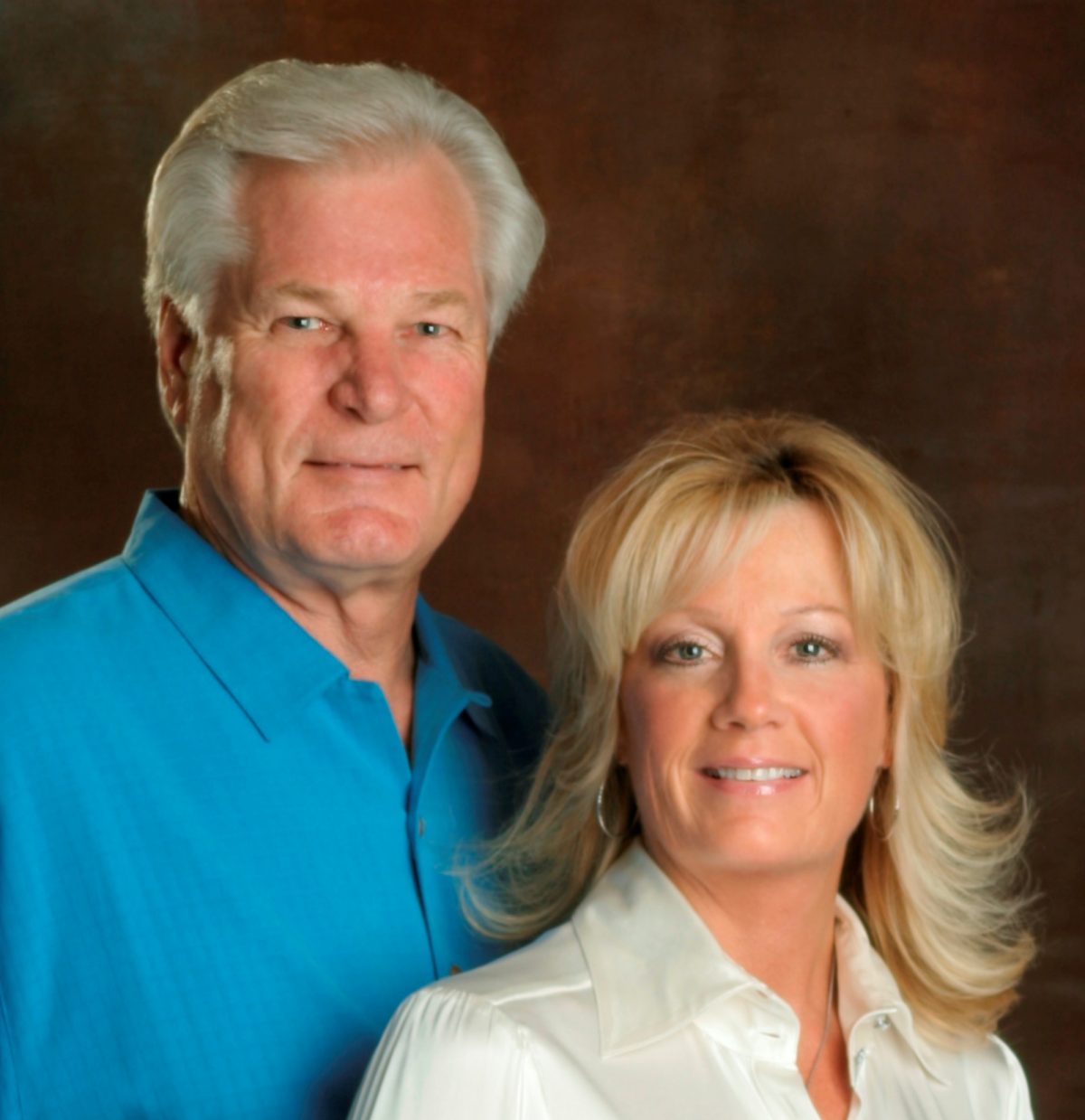 At one time, Ed Wright had his eye on the sky as an air traffic controller but had his sights set on real estate. He became a real estate agent in 1980 and opened his own office as broker/owner of Help-U-Sell Wright Realtors in 1982. Interested in all things housing-related, he learned about mortgages, escrow, and appraisals, giving Ed a well-rounded understanding of the real estate industry, and putting him in the position to dispense expert advice on many home-related topics.

Julie Wright began as a bank teller, and transitioned to work for a title company. Over 19 years, she witnessed the success of several Help-U-Sell brokers, and noted they were doing more business than many of the long-time traditional brokers. Help-U-Sell had an easy-to-follow system, and owning her own business was attractive, so Julie pursued her real estate license in 1999. She had plans to open her own franchise when she met Ed while traveling to Biloxi, Mississippi for a Help-U-Sell Real Estate convention. Eventually Julie and Ed married, and Julie joined his business. “Real estate was an entirely different animal with a new language. There was a lot to learn. I was attracted to it because I am a people person, but I wanted to create a business. I also wanted to be active in my community, and have money in addition to freedom,” Julie said.

An uptick in 2018 sales placed the Wrights on a recent monthly Top Producers list, which highlights Help-U-Sell Broker/Owners who have had the most sales. Part of the increase is due to Julie’s new efforts of tracking referrals very carefully through coaching. “One of my most successful efforts was a ‘reverse pop-by’. Just before Thanksgiving, we hosted an open house and invited a certain level of clients and referrals. We served cider, wine, and hot appetizers. At the end of the evening, everyone took home a pie. Some of our clients made referrals for their business, and of course we received several new referrals ourselves,” Julie added. These efforts have been paying off, as Ed and Julie closed 35 transactions for 2018. For 2019, their goal is 50, and plan to achieve it by initiating a campaign of “low-hanging fruit” with expired and probate listings.

Homes in their area have a median price range of $750,000. Ed explained, “The concept of value from Help-U-Sell automatically attracts sellers. Home sellers everywhere, but especially here in California, love saving money off the traditional 6% Commission. On a $750,000 home, 6% is $45,000. That’s a substantial amount of equity people don’t want to give away, giving us a huge advantage over traditional real estate agents. When I make a listing presentation, I win that client 90% of the time.”

When it comes to brand awareness, Ed shared, “Marketing has changed dramatically for us. Several years ago in Orange County, there was a co-op for group marketing with the other California-based Help-U-Sell offices. Marketing is very different today and far more fragmented, especially with internet-based competition. With print media being somewhat passé, we’ve had to focus on creating opportunities that are more directed towards a smaller audience. Instead of going broad, it’s become more targeted and precise.” Julie has also been increasing her presence in a local chamber of commerce. “We’ve noticed that the ‘sold and saved’ brag cards stick with people and make a big impression,” she said.

Together, Julie and Ed have collectively sold thousands of properties over the years. “There’s nothing like the freedom of running your own business. You make your own schedule. The rewards, aside from the obvious monetary ones, are helping people to achieve their goals. When you put a buyer in a new home, that’s a great feeling,” Ed explained.  “We’ve really enjoyed the experience of Help-U-Sell ownership over the past three decades. The company is always growing and changing, it makes for an exciting future, and we’re proud of what we’ve built together.”